Well, despite all the hoopla over Grand Solar Minimum, the whole thing has turned out to be yet another big nothing burger. I’ve always maintained that it was going to be just that. Now that solar cycle 25 is ramping up, it looks like I was right.

If you are signed up for alerts from NOAA dot gov like me, then you’ve noticed a sharp upswing in geomagnetic storm warnings lately. The most recent is a G3 level storm predicted for today. In the past few months, there have been several warnings, mostly in the G1-G2 range, which really don’t pose much of a threat here on Earth.

Most people refer to the Carrington event of 1859 which caused all manner of issues such as setting fire to telegraph offices. There is however, a much more recent example of what solar storms can do. In 1989, a CME comparable in strength to the famous Carrington event struck North America. While the auroras seen as far south as Florida were likely an awesome sight, farther north in Quebec, electrical currents were being induced within the ground. Just after 2:44 a.m. on March 13, the currents found a weakness in the electrical power grid of Quebec. In less than 2 minutes, the entire Quebec power grid lost power.

Since the solar cycle is ramping back up to a maximum, we can expect, or at least anticipate issues like this for the next few years. Here is an interesting explanation of what to expect from the different levels of geomagnetic storms. As we can see, power systems begin to be affected at the G3 level, which is what we are about to experience. 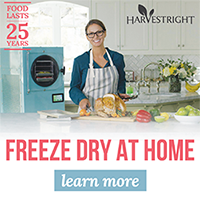